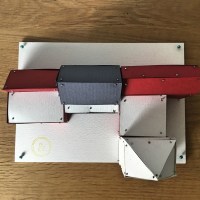 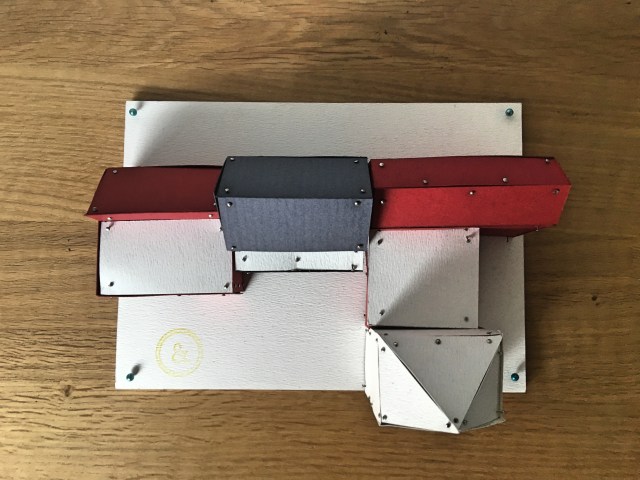 So getting starting again.

It is always one of those things to do, writing a blog.  And since the last post (TWO years ago – I know), so much as happened.  Namely setting up my own architectural practice, Stead & Co.  I had a few ideas, but then I met with a new client the other evening, and she mentioned that she found my views on colour rather interesting.  Which led to a chat with my Unofficial Technical Director, that yes, quite frankly, I should pull my finger out, and JUST DO IT.

So why did I set up Stead & Co.  Well I just felt it was time to explore my own design work in the widest possible sense.  And why Stead & Co?  In my view, design is rarely done in complete isolation.  As an Architect, I work with Contractors, Landscape Architects, Quantity Surveyors, Planning Consultants as well artists, graphic designers, illustrators, funders and marketeers.  In fact, it is quite a team that brings together a project, and it is my job to facilitate and coordinate this team whilst crafting out a solution to a client’s question.  That team varies.  Not everyone is involved on all projects all the time. Hence the Co. – Stead & Co. is a company that is built on the principle of collaboration and a collective approach to contemporary design.

So to this blog.

Designing buildings and interiors – well, anything for that matter – is not something that just goes Taa Daa, here’s THE solution.  Well not in my experience, anyway.  Projects are crafted. They are crafted out of aspirations, ideas, lifestyles, doodles, words, photographs and sketches.  Sometimes projects become real life built entities, sometimes they do not for a variety of reasons.

Therefore the purpose of this blog is to reveal Stead & Co.’s work in progress, sharing our inspiration, tools, experiments, and yes, even our mistakes. This is how we design, where we design and what we design. 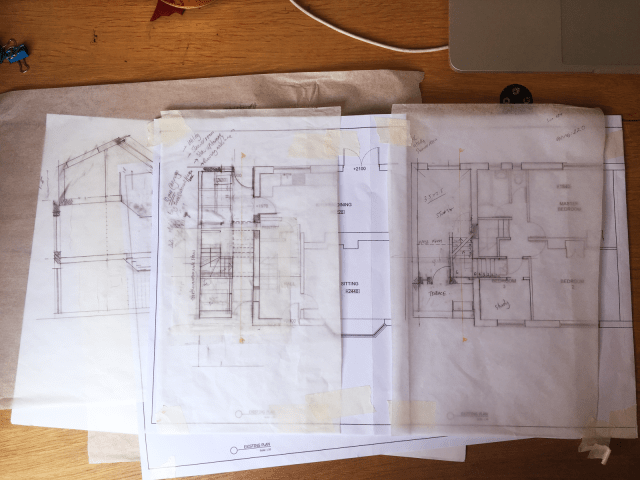 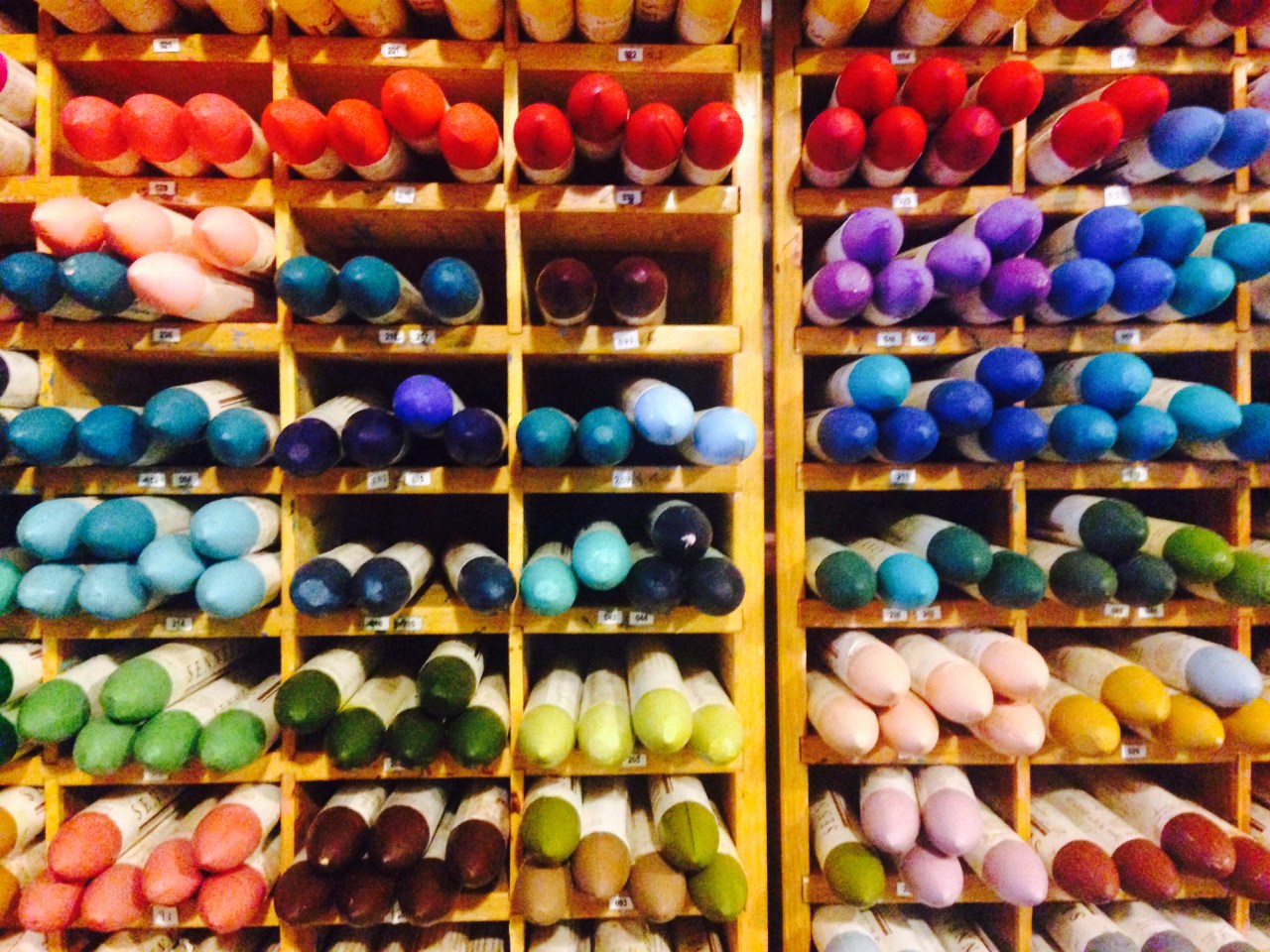 Galina Arbeli, a good friend who was over from Israel to speak at a conference, has planted a seed in my mind.  We had spent a brilliant day tramping around London Craft Week and found ourselves at L Cornelissen & Son, colourmen to the artistic great and good, watching a demonstration on colour charts.  What we thought was going to be a talk about the colour spectrum was in fact a talk about a series of charts that demonstrate the actual colour a product produces.  There are three types of chart that L Cornelissen & Son’s make, explained Cathy and Nicholas, a rather marvellous and unlikely double act: they make them because no one else does, or if manufacturers do make them, they often make them badly and lastly to compare a similar product across a range of manufacturers.

This seems a rather straight forward proposition – the creation of charts that ensure that the very specific blue pencil you bought last year is the same as the one you bought this year and that it is exactly the right shade of blue that you require for the particular job in hand.

What this means is that rather than choose a blue pencil because it is the only blue in the pack, you, instead, make a very conscious decision about what blue is the right blue.  What are you trying to say with blue? How is that very specific blue going to help whatever it is that you are doing?  Is that blue truly representing the same blue in reality or the feeling that your work is invoking.  Is blue even the right colour.  Maybe a shade of green or purple is better?

You see, as Galina pointed out, by separating out each individual colour – the pure pigment of colour – available to an artist, you are giving that colour a narrative.  At it’s very basic level, colour can infer peace, joy, anger – a whole palette of emotions.  When doing design workshops with primary schools,  this is what we cover before exploring how we can use colour as part of an interior design so the pupils are making more of an informed choice rather than deferring to pink for girls and blue for boys.  However, perhaps we need to take this a step further as colour is so much more than guttural emotions.  Each specific pencil in the pot (read any medium in any storage container) has a whole back story waiting to be discovered which in turn adds whole new layers of narrative to the work.  For example are you choosing that shade of blue because it’s the colour of a misty morning in Venice?  Because it’s the colour of your favourite scarf? Because it’s the colour of your lover’s eyes?

Likewise the use of that shade of blue works in the opposite.  The viewer, seeing that piece of work on the wall in a gallery buys it for her husband because it reminds her of his eyes – a decision that is clearly nothing to do with the reason why the artist chose that blue in the first place, thereby adding a further layer to the colour’s narrative.

The lesson?  Do not be lazy with colour. 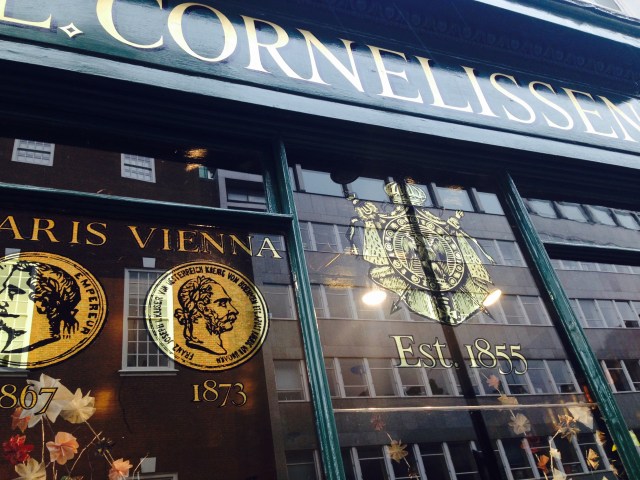 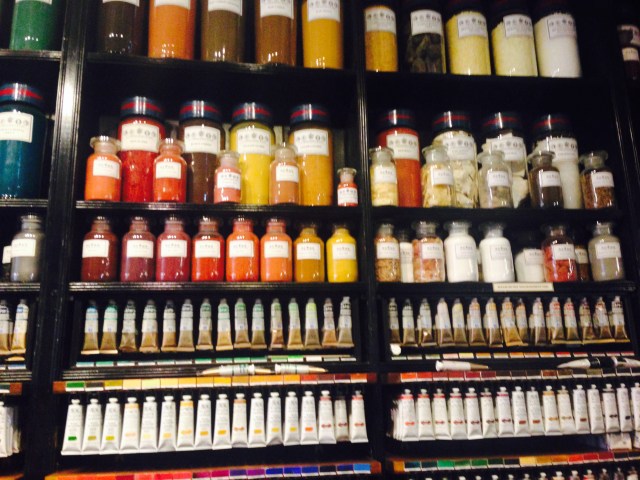 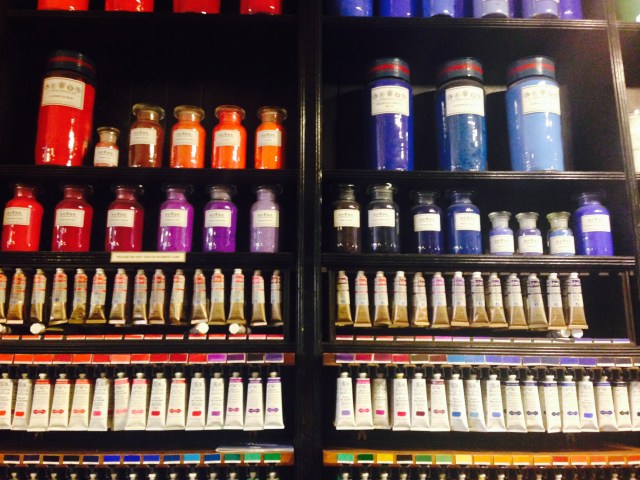 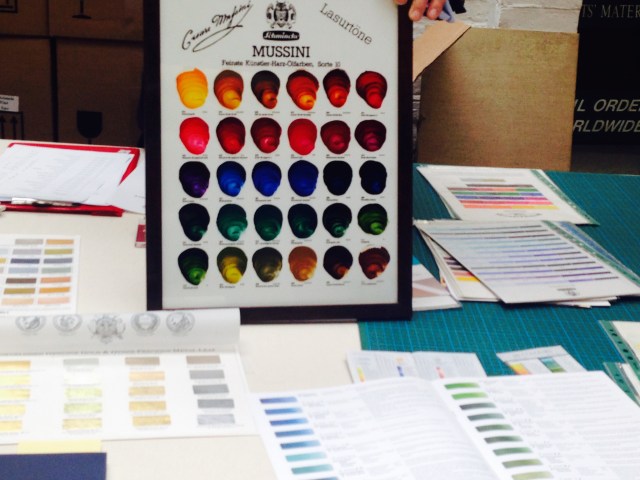 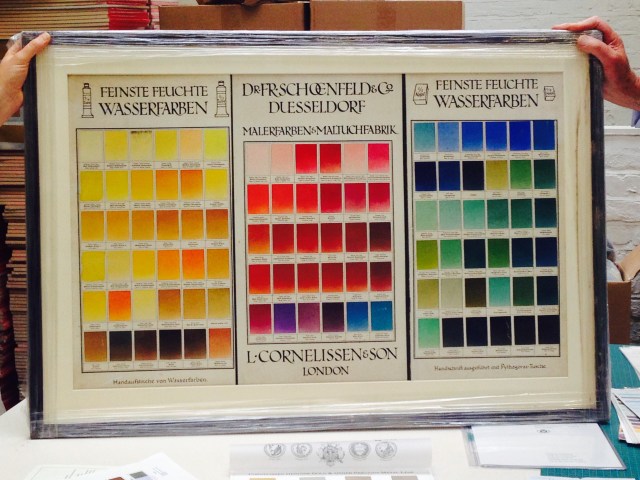 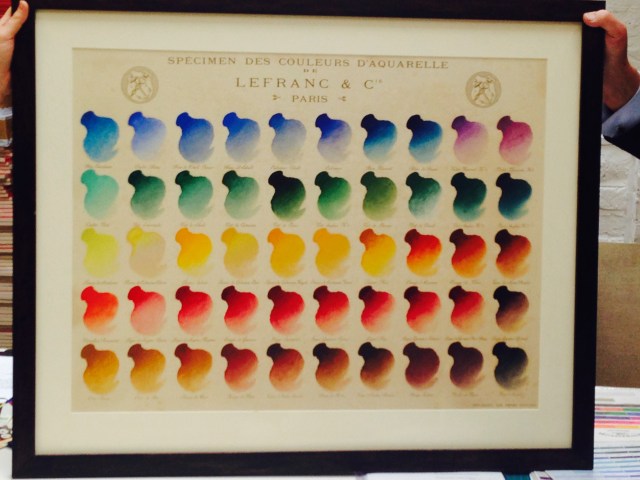 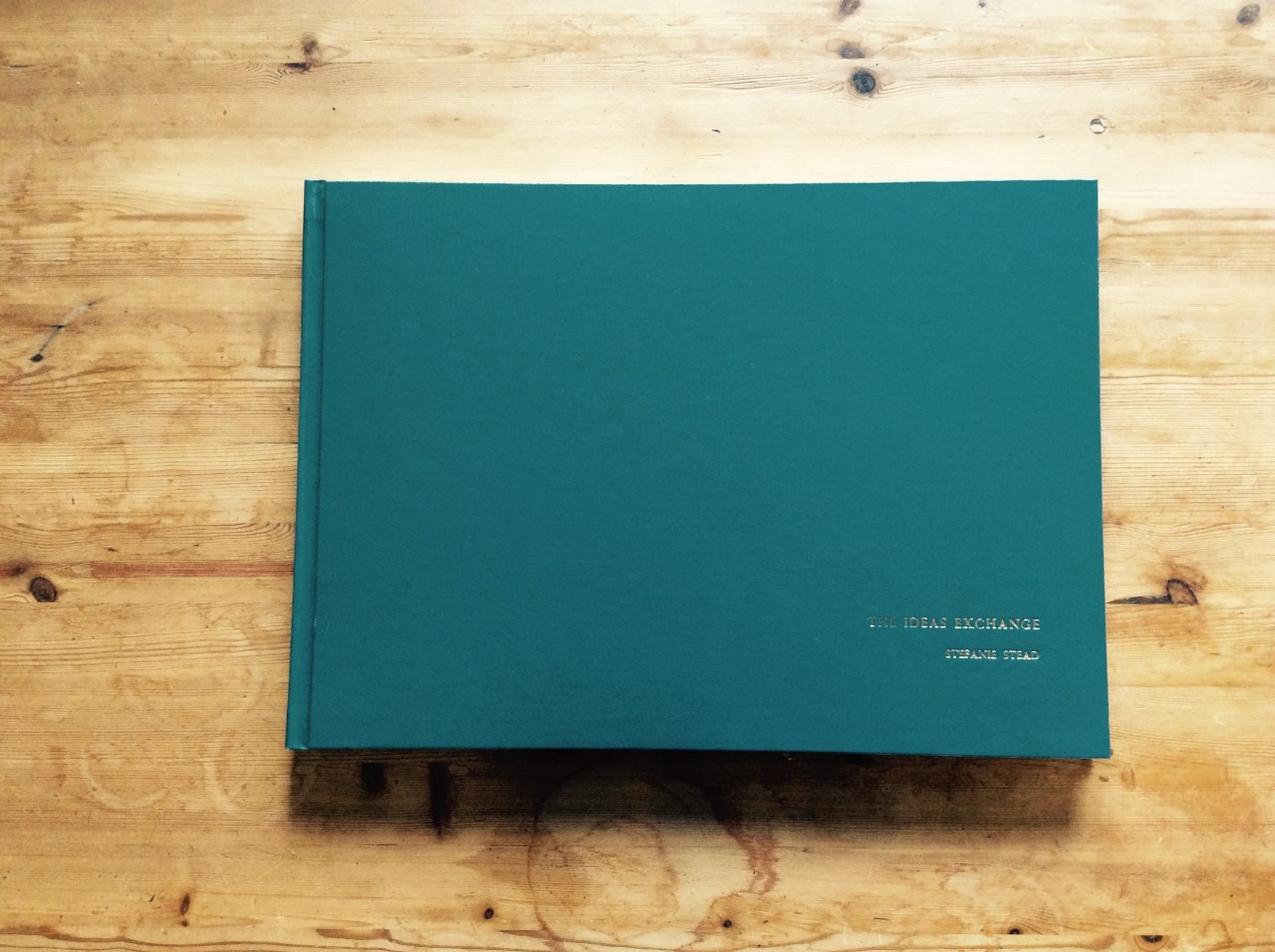 It has taken me forever to start this.

By forever, I mean since 2005 when The Chap thought it would be a good idea for me to have an online portfolio.  At the time I was an architectural student, and yes, despite being a new century, was still a little perplexed by the world of the internet, still hand drew my drawings and never checked my emails.  Over time, the portfolio was never quite updated, as I veered towards printing my work, the Ideas Exchange, on crisp cartridge paper, bound together in a blue cover by an artisan bookbinder in York. 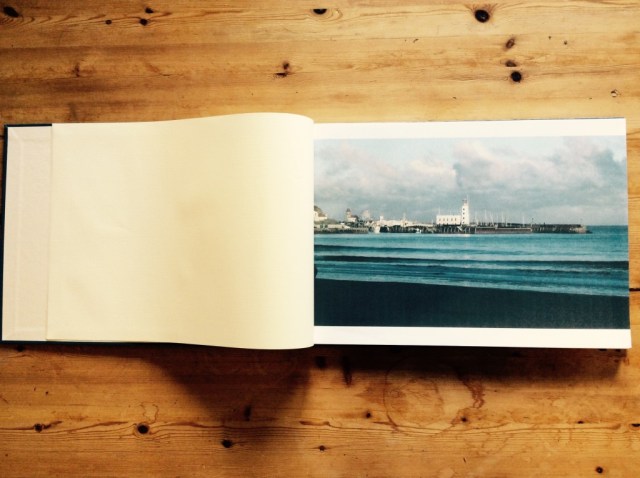 Artisan.  What do I mean by that?

A worker in a skilled trade, especially one that involves making things by hand (Oxford English Dictionary)

Mid 16th century: from French, from Italian artigiano, based on Latin artitus, past participle of artire ‘instruct in the arts’, from ars, art- ‘art’.

On some fundamental level, I was – am- drawn to having something to touch.  Not necessarily for posterity – I’m not talking about sentimentality here.  But there is something that makes your soul sing when you are handed an item that has been crafted together with extreme skill.  A skill that has been learned over time, starting small and learning time honoured techniques, and then it gets even more exciting as you take those techniques and develop them into something new.

John Ruskin and William Morris had the right idea when they set about influencing society with the Arts and Craft Movement.  With the ravages of the Industrial Revolution around them, the movement grew out of a deep concern about the loss of design and traditional skills, and the effect that this would have on society.  Forget about the machine, people’s homes should be filled with beautiful and useful hand made items.

Ironically, this approach, although admirable in saving traditional skills and ‘good’ taste, meant that the final product was more often than not out of the reach of the working people that it set out to save from the slavery of the mills.

So going back to the beginning.  It has taking me forever to start this.  It is like having a large sheet of pristine white paper on the drawing board, and it is the scariest thing in the world making the first mark.  So much so, that the original idea has moved on, and I have something completely different to make. Therefore this venture is less about a portfolio showcasing what I have made, but more about an exploration about why we make.  This is a blog – a diary if you will – about the knack of making. 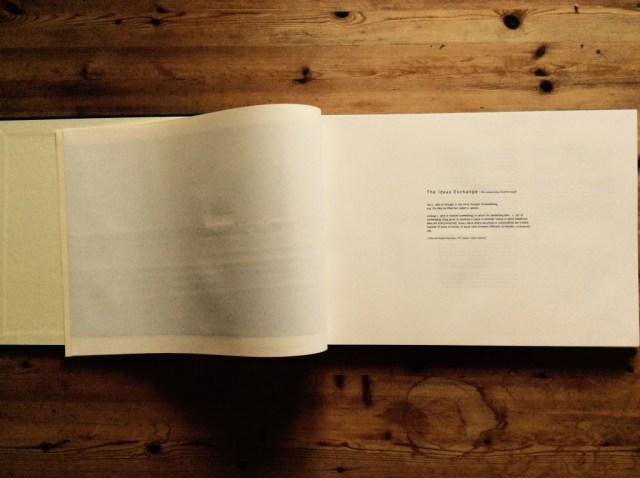 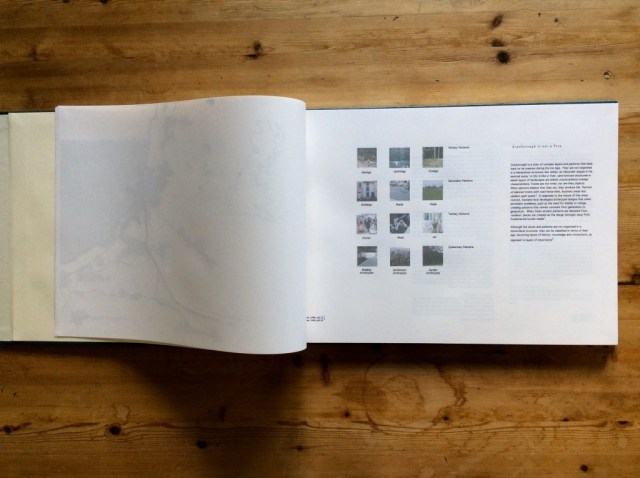 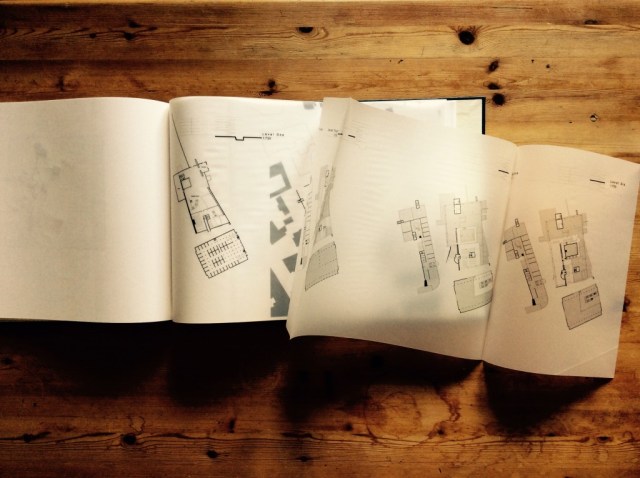